Condensed milk in a pot 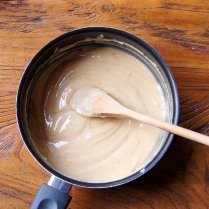 Preheat oven to 190C. Place the condensed milk in a heavy based saucepan and set over a gentle
heat. Bring to the boil, stirring constantly. Boil gently for about 3-5mins or until golden. Remove from
heat and leave to cool. 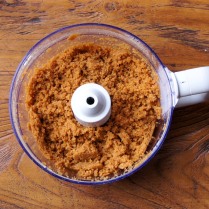 Press into sides and base

Grease the 23cm loose-based flan tin, press the crust mixture evenly to sides and base. Chill in the
refrigerator for 15-20mins. 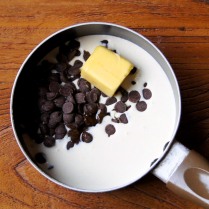 Bake 5-6mins. Remove from oven and leave to cool. Meanwhile, put dark chocolate, 150ml cream,
golden syrup and butter in a saucepan over a low heat. Stir until smooth. 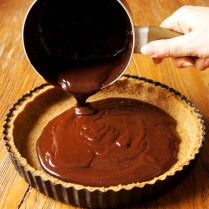 Pour over the cooled crust

Remove from heat and carefully pour over the cooled crust. Tilt the tin to distribute chocolate layer
evenly.

Chill in the fridge 1hr

Condenced milk in a bowl

Chill in the fridge for about 1hr or until set. Place condensed milk into bowl, whisk until smooth. 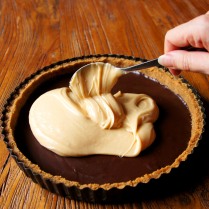 Spread the condensed milk over the chilled chocolate tart base, even the surface. To make the top
layer, place 150ml of cream in a saucepan. 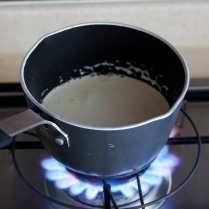 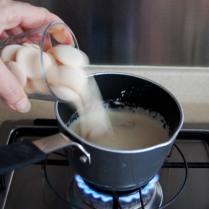 Heat the cream until hot but not boiling, add white chocolate and stir until melted and smooth. 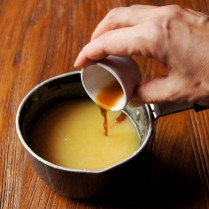 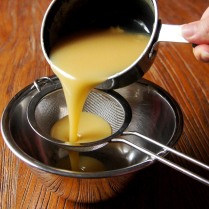 Strain into a bowl

Remove from heat, stir in vanilla essence. Strain mixture into a bowl, cool to room temperature. 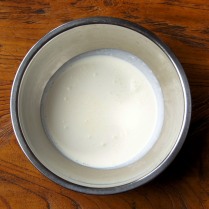 Slice bananas and arrange evenly over the set condensed milk. Place remaining cream in a bowl. 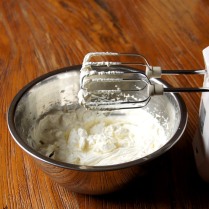 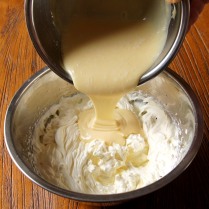 Whisk the cream until soft peaks form. Fold the cream into the white chocolate mixture. 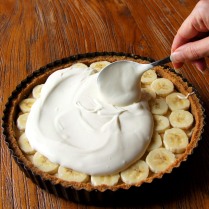 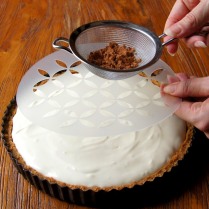 Chill until ready to serve

Spread the mixture over bananas, dust with cocoa powder. Chill until ready to serve. 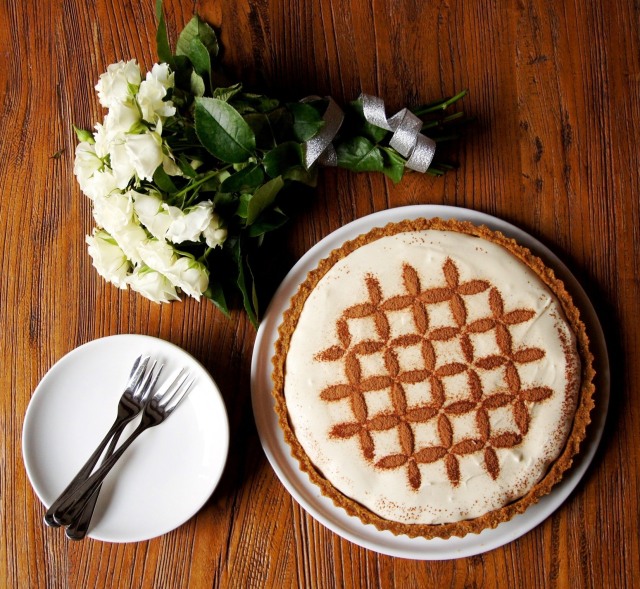